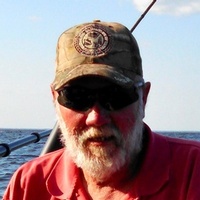 He was born on March 20, 1947 at Danebod, Minnesota, the son of Norman and Eleanor (Johnson) Christensen. Harry’s family moved to Sioux Falls just after his first birthday. Harry attended school in Sioux Falls and graduated from Washington High School.

Harry married Susan Kolbrek on September 24, 1966 in Sioux Falls where they raised three daughters. Harry was employed at Egger Steel as a metal fabricator for 47 years, retiring in 2014. He was a member of the Boilermakers Union and served as a Union Steward.

He enjoyed going hunting and fishing, and for 20 years, traveled to Lake of the Woods to fish. Harry was a sports fan and loved to watch his grandkid’s activities and the Green Bay Packers.

To order memorial trees or send flowers to the family in memory of Harry Christensen, please visit our flower store.