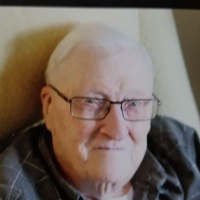 On August 13, 1925 Harold was born in Sioux Falls SD to parents Clara and George Weins. On July 10, 1947 Harold married Margaret Eileen Kramer. Harold went to school for TV repair in Kentucky and returned to Sioux Falls and had his own TV repair shop for many years.

Harold loved to bowl and bowled on league for many years and then then later in life he took up WII bowling. He loved to hunt and fish.  Harold spent a lot of time with his friends, family and grandkids at the lake cabin. Harold loved working in his vegetable garden and with his flowers.

Harold was preceded in death by his parents, wife Margaret, siblings Cliff Weins, Ernie Weins, and Mable Middlen and numerous brothers in laws and sister in laws.

To order memorial trees or send flowers to the family in memory of Harold Weins, please visit our flower store.