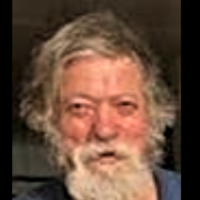 Harold was born on February 25, 1951 in Slayton, Minnesota to Donald and Elsie (Ostheimer) Hartman.

He attended school at Wilmont and Fulda.  Harold entered in the US Army during the Viet Nam War and served from April 18, 1969 to April 13, 1971. After his discharge, Harold lived in Worthington and began working at the Campbell Soup Company.

Harold was 70 years old when he passed away on September 25, 2021 at the VA Regional Medical Center in Sioux Falls, South Dakota.

He is preceded in death by his parents; four siblings, David Hartman, Mary Peters, Jan Abrams  and Julie Slinger; and a daughter, Annette Godinez.

To order memorial trees or send flowers to the family in memory of Harold Hartman, please visit our flower store.