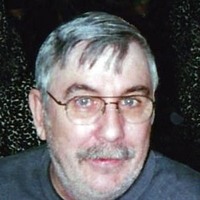 Harland Charles Strong, of Luverne MN, passed away under the care of Ava’s House Hospice, Sioux Falls SD, on July 26, 2020, after a long battle with cancer. He was 70. Born to Alvin John and Dorothee (Bercier) Strong on May 27, 1949, he grew up in Devils Lake ND, graduating in 1968 from Saint Mary’s High School.

Harley went on to earn a carpentry certificate from Lake Region Junior College in Devils Lake which is where he met Dianne Moe of Dahlen ND. They were married in June of 1975, and he continued his studies at LRJC. The couple moved to Mayville ND where Harley attended Mayville State College and earned his BS in Music Education. Afterwards, he taught music for a time at Crary Public Schools and then went to work for Sioux Manufacturing. He worked as a trainer for Lake Region Corporation and several group homes in Devils Lake and Fargo. Harley was also a house-painter for Ray’s Painting Service. He and Dianne had one daughter, Jessica StClair. Harley went on to live in Fargo ND and eventually moved to Luverne MN where he spent the remainder of his life.

Harley had a wonderful sense of humor. He enjoyed playing pool and chess, but the overwhelming love of his life was music. He was a self-taught guitarist who, from an early age, exhibited an uncanny ability to play anything he heard. It was a wonderful gift and brought him much enjoyment. He performed often with local bands and musicians and was a member of the award-winning 1978 Mayville State College Jazz Band which was inducted into MSC’s Performing Arts Hall of Fame in 2018. In spite of declining health, he continued teaching and composing, encouraging his students to appreciate the beauty of classical guitar and many other instruments as much as he did.

Harley is survived by his daughter, Jessica (Craig) StClair, Bountiful UT. Also surviving are niece Patti Teachout, Eustis FL, and her children Yosha and Dimitri, nephew Alvin John (Kristy) Strong of Lake Wylie SC and their children Willow and Mavis, and several cousins. He was preceded in death by his parents, his brother John Alvin, his nephew James, and several aunts and uncles.

A small memorial service will be held on September 3 at 10:00 am at the Chapel Hill Funeral Home in Sioux Falls SD. Those attending are encouraged to be safe, wear masks, and practice social distancing. Inurnment will take place in Devils Lake Memorial Cemetery at a later date.

To order memorial trees or send flowers to the family in memory of Harland Strong, please visit our flower store.