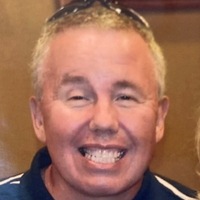 Greg was born on December 3, 1961 in Sioux Falls. He attended elementary school at Garretson and the Hunt Hebrew Prep School in Sioux City, Iowa before returning to Garretson. When his family moved to Sioux Falls, he attended Whittier Middle School and Washington High School. Greg finished high school at Watertown and then took business courses at Lake Area Vocational School in Watertown.

Greg married Elizabeth Halbersma on March 27, 1991 in Canton, South Dakota. They were foster parents for five years from 2004-2009 and opened their home to a dozen children over the years.

When he wasn’t working, he shared his time and talents with the Logos Program at the Presbyterian Church in Casper, WY, Casper Youth Baseball in Casper, WY, McCrossans Boys Ranch, Samaritan’s Purse and Compassion Child.

To order memorial trees or send flowers to the family in memory of Gregory Short, please visit our flower store.