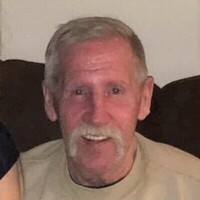 Gary was born on January 22, 1955 in Sioux Falls, the son of Ralph and May (Smook) Lanners. HE grew up in Sioux Falls and attended Franklin, Whittier and Lincoln schools.

After school, he had a few jobs before he started his own business, Lanners Concrete. Gary was affiliated with Faith Lutheran Church. He loved hunting and spending time at the family cabin at Lake Madison. Gary passed away June 17, 2020 at the Avera Heart Hospital.

Gary was preceded in death by his parents, Ralph and May; his nephew, Justin Lanners; and his dog, Fred.

Please join the family for a luncheon at 1204 S Dale Dr. following the service.

To order memorial trees or send flowers to the family in memory of Gary Lanners, please visit our flower store.