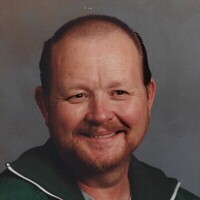 Garry was born to George and Ruth (Shelstad) Tokheim on April 15, 1936, on the family farm in Rock County Minnesota. He grew up on the farm with his siblings Ivona, Ronald, Marvin, and Cherrice. He loved the quiet of the farm and the animals.

Garry loved his family and enjoyed family get togethers. He enjoyed the visiting but also enjoyed the tasty food that was always there. He liked to visit his grandmother and his aunts and uncles and cousins. He enjoyed his nieces and nephews especially when they were babies and learning how to walk and do new things.

Garry was baptized and confirmed into the Lutheran faith at Palisade Lutheran Church. He was a lifetime member of Palisade. He loved the Lord. Garry was aware he was a sinner and Jesus died for his sins. He loved the old hymns and County Western hymns that spoke of God’s love and of his promise to those who believed.

Garry attended county school District 22 and then completing his schooling at the Beaver Creek School graduating in 1954. Garry enjoyed being in the class plays.

After graduating from High School Garry enlisted in the Navy Reserve and was honorably discharged.

Most of Garry’s work life was at the John Morrell company. Garry took early retirement due to health reasons. Garry was in assisted living or nursing home care since 2004. Garry entered the Alcester nursing home in 2019 and

Garry died March 23, 2022. Garry was 85 years old. He died from end stage dementia his body was shutting down. The nursing home saw him go through several stages of his dementia. His last years proved to be the kindest to go through. He was their Homecoming King last year. He and the staff had a fun time. The staff told us that he had “become a favorite” and that he will be missed. He had a good sense of humor and would respond to them. We want to thank the staff at Alcester for their loving care of Garry. When family cannot be near God sends Angles to become the loving family.

Garry requested to be cremated.

To order memorial trees or send flowers to the family in memory of Gerald "Garry" Tokheim, please visit our flower store.