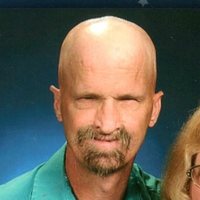 Known as “Frank” or “Ricky”, Frank was born June 12, 1959 in Benton Harbor Michigan to Raymon and Verna Green. He moved with his family to Colorado at age nine and graduated from Idaho Springs High School in1978. He graduated from the Denver Automotive and Diesel College.  From 1986-1991  Frank attended Dakota State College, graduating with a BA in Computer Science and Business Administration.   Frank was employed at the SD Industries for the Blind as an Operations Manager from 1992 -2002. He married the love of his life Barbara Nessan on September 2, 1995, and  they enjoyed 24 years of life together.

Frank had a kidney transplant in 2006 and was determined to maintain a very active and productive lifestyle, which he did until his death. He loved auto mechanics and was constantly making certain their vehicles were in running order. He participated in several remodeling projects as well as enjoying to  travel. He loved to cook and had many years of backyard barbecues with close neighbors,

He was preceded in death by his father, Raymon and brother Donnie.

The family wish to thank Dr. Robert Santella for his excellent care of Frank as well as the other medical teams at Avera McKennan and McGreevy Clinic.

Per his request, cremation has taken place and celebration of life services will be held Friday, October 25, 10:00 am at East Side Lutheran Church.

To order memorial trees or send flowers to the family in memory of Frank Green, please visit our flower store.