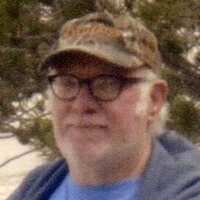 Francis passed away April 8, 2021 at his home in Sioux Falls surrounded by his family.

Grateful for having shared in his life is his wife, Sharon; two children, Tia Robinson and Arien (Brittany) Robinson, both of Sioux Falls; grandchildren, Harley Robinson, Caleb Robinson, Kaitlyn Hallem, Paige Robinson, Michael Holmes and Leland Robinson; and many friends and extended family.

He is preceded in death by his parents and grandparents.

To order memorial trees or send flowers to the family in memory of Francis Robinson, please visit our flower store.