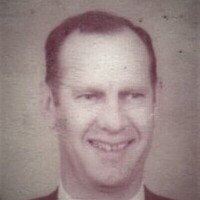 Gene was born on November 16, 1929 at Yankton, SD, the son of Walter and Lillian (Reinhart) Mielenz. He graduated from Yankton High School. He served in the South Dakota National Guard two years and then was called to active duty with the US Army for three years during the Korean War. After his discharge from active duty, he returned to the SDNG in the reserves until 1955.

Gene married Connie Economy on  April 19, 1953 and they had a daughter Terri. They lived in Huron, Aberdeen and Sioux Falls. Gene was a construction manager with Northwestern Bell Telephone Company for 32 years.

He was a past member of the Masons, El  Riad Shrine and First Presbyterian Church. Gene enjoyed hunting and classic cars.

Gene is survived by his nieces and nephews; and son-in-law, Steve Pederson. He was preceded in death by his parents; wife, Connie; a daughter, Terri Pederson in 2007; and three siblings, Lorraine Miller, Richard Mielenz and Darrell Mielenz.

To order memorial trees or send flowers to the family in memory of Eugene Mielenz, please visit our flower store.