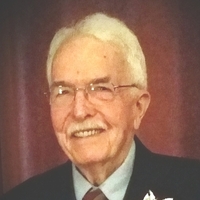 Eugene (Gene) Washington Heller, Sioux Falls, was called back to his Lord’s side on 25 July 2020, with loving family at his bedside as he passed.  Born 9 December 1935 in Bryn Mawr, Pennsylvania, to Berthold John Heller and Helen Washington, Gene was raised in wartime Philadelphia that shaped his core value of service to the nation.  An alumnus of the venerated St. Thomas More High School (1954), Gene was a proud Man of More, and had never forgotten the definition of osmosis.

Following graduation, Gene joined the world’s preeminent fighting force and attended Boot Camp at Marine Corps Recruit Depot, Parris Island, South Carolina in the summer of 1954.  Designated a Shore Party Man, he traveled to the Caribbean as part of Lewis B. Puller’s 2nd Marine Division, and ended his enlistment in 1957 as a Corporal after a one-year tour of Mainland Japan with the 3rd Marine Division.

Gene returned to Philadelphia, Pennsylvania where he attended St. Joseph’s College (University) and graduated in 1964.  While he attended college, Gene served the city of Philadelphia as a Police Officer.  Armed with only a revolver, a call box, and a night stick Gene learned valuable lessons in community policing.  He also learned to appreciate a good cheese steak (Geno’s never Pat’s).  Upon his graduation from college Gene was appointed as a United States Secret Service Agent.

Agent Heller initially served in the Philadelphia office, but was soon transferred to several temporary but very memorable assignments.  Notable details and assignments included the Kennedy family in New York City, the Lyndon B. Johnson White House, a General Curtis Lemay trip to Vietnam, and the Sky Marshal Program.  Finally, in 1974, Gene was transferred to Aberdeen “Where the hell is that?”, South Dakota not Maryland.

His second home of South Dakota ended up being the home that Gene fell in love with.  Gene moved with his family from the East Coast to the Midwest and established a 15-year residency in the Rushmore State.  He established deep and meaningful relationships with local, state, tribal, and federal agencies.  He credited his successes to his “real boss”, Karen Wolf, who “ran the office while I ran the car.”  During those 15 years, Gene was the lone Secret Service Agent in South Dakota, and was moved from Aberdeen to Sioux Falls.  Along the way he was assigned notable details, assignments, and training opportunities including Dr. Henry Kissinger’s trip to Eastern Europe, Iceland’s President Vigdís Finnbogadóttir’s visit to the United States, numerous Presidential or candidate visits to South Dakota, and training with Jeff Cooper at his Gunsite Academy in Arizona.  He retired from the Secret Service in 1989.

Gene’s retirement was long and full of adventures.  He taught defensive mindset and firearms classes at Gary’s Gun Shop for over 25 years.  He played and umpired Tennis where he was recognized both at the state and national levels.  As a son of Philadelphia, he tortured his midwestern family by watching his beloved Eagles and reminding us that his team had won a Super Bowl.  “Fly, Eagles, Fly!” He also traveled extensively.  During these travels he met a single mother of 3 who became his retirement and life partner.

He met Rhanda in 1990 and courted her for 7 long years, until they married in 1997.  He raised her 3 children as his own and loved spending time with their children he lovingly called his Grandgirls.  He taught Ella the game of Backgammon, and Evie and Jacklin the Scottish game of sticks and stones (golf).

Eugene Heller was active in several local and national organizations to include the Descendants of the Signers of the Declaration of Independence (Richard Henry Lee and the Washington family), the Marine Corps League, the Association of Former Agents of the U.S. Secret Service, the Knights of Columbus, the South Dakota Peace Officers Association, the American Legion, the South Dakota Military Heritage Alliance, St. Mary’s Parish, his weekly coffee with his shooting group, and his favorite the St. Mary’s Tuesday Bible Study and Wednesday Mass Coffee and Donuts Group.

Eugene’s final wishes, before the bacterial spinal meningitis infection took him, were that folks live their best lives and tell those they love that they do.

We will be celebrating his life: Wake (Shamrock) 4pm – 8pm on Aug. 7, 2020 at the South Dakota Military Heritage Alliance

Funeral 10:30 am at St. Mary’s Catholic Church, Aug. 8 with live stream at https://www.facebook.com/saintmarysiouxfalls/

Reception 12:30 pm at the South Dakota Military Heritage Alliance
Interment will be at the new South Dakota Veterans Cemetery in Minnehaha County at a date to be determined.

To order memorial trees or send flowers to the family in memory of Eugene Heller, please visit our flower store.