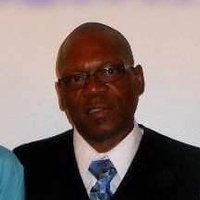 Elbert James Jackson was born on February 18, 1961 at Shreveport, Louisiana to Cordell “Buddyson” and Irma Jackson. The family moved to Kansas City, Missouri when he was an infant.

James, aka Silky J, lived in Sioux City, Iowa where he met and married Tanya Carson on December 29, 1999. They had two sons, Traevon James and Tyree Jaden Jackson. James loved to spend time with his oldest kids, James and Jennifer Bozeman, Kierra Stark; 17 grandchildren; and one great grandson.

James had very close bonds with his brothers, Cordell “PeeWee” and Glenn. His sister, Carla Thomas, was just like James with off-the-wall remarks that are always remembered. James step-mom, Vairzora, loved to laugh with James. His in-laws, Kevin and Nancy McGinnis, loved sitting on their back porch with James and his brother-in-law, Bobby Carson, Jr. The extended family of aunts, uncles and cousins have plenty of stories about James 57 years on earth that will never get old.

James loved to work on cars. He was an excellent cook and was always watching cooking shows. James also enjoyed watching the real forensic file tv shows. E loved to listen and dance to the old-school R&B with the Raw Dawg Inc., the one and only style of dressing from head to toe.

James was baptized in the name of Jesus at the Word of Life Pentecostal Church. He has lived in Sioux Falls from April of 2005 until the Lord called him home on July 1, 2018.

He is preceded in death by his grandparents, Henry and Sally Jackson, Dan and Mary Taylor; many aunts, uncles, cousins and two grandchildren, Adrian Lamont and Sencere Knowledge Simmons, that welcomed James into heaven.

To order memorial trees or send flowers to the family in memory of Elbert James Jackson, please visit our flower store.