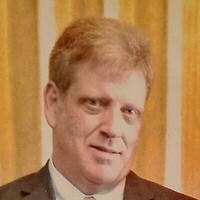 As a young man, Doug worked for a few years at the Canton Café in Sioux Falls. Later, he was employed the Howard Johnson Hotel and Convention Center for over 30 years as the Banquet Manager. He also worked at the Rodeway Inn.

Doug enjoyed playing on a team in mens softball league. He was an avid fan of the Minnesota Vikings, Minnesota Twins and Nascar, especially Dale Earnhart, Jr., and had traveled to watch the races at the Kansas Speedway. He was a rock music fan and attended many concerts.

He is survived by his children, Sara Groth, Jaxton and Brinley; three siblings, Darla, Deb and Misty. He is preceded in death by his parents and a brother, Daniel Groth.

To order memorial trees or send flowers to the family in memory of Douglas Groth, please visit our flower store.