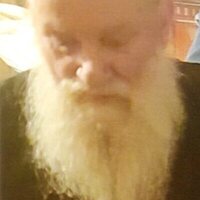 Doug passed away on April 8 at Aver Mckennan Hospital following a long battle with cancer. Doug was born on Dec. 8, 1953 in Sioux Falls, the son of Francis Sr. and Dolores (Bird) Bain. He grew up and attended school in Sioux Falls.

He lived all his life in Sioux Falls and held various jobs including working for a lawn care company. Doug was employed for many years at Dakota Plating.

When he was younger, he enjoyed hunting. In the later years, he liked to go fishing. Doug had several dogs over the years and DeeDee was with him until he passed away.

He is survived by his siblings, Chuck Bain of Sioux Falls and Maridee Bain (Bob Gunter) of White Bear Lake, MN; a nephew, Michael; a great niece, Isabel; step nephews and a niece, Brandon, Bryant and Brooke; and 10 great step-nieces and step nephews; and his dog, DeeDee.
Doug is preceded in death by his parents, grandparents and aunts and uncles.

To order memorial trees or send flowers to the family in memory of Douglas Bain, please visit our flower store.