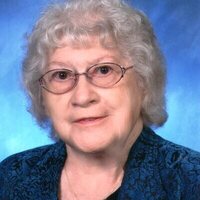 She married Donald Kurtenbach on November 4th 1948 at Gary S. D. They lived in Moorhead, MN for a few years, then moved to Sioux Falls, S.D. and started their family. She was a stay at home mom until the youngest was in school, then worked as a lunch room server at Axtell Park Jr. High for 6 years, and then at Mckennan Hospital in Housekeeping for 10+ years before retiring.

Dorothea enjoyed gardening, baking, canning, loving and caring for their family of 6 children.

Dorothea is preceded in death by her husband, Donald, her parents, Earl and Mary Jones, and her brother, Earl Williams (Billy) Jones.

To order memorial trees or send flowers to the family in memory of Dorothea Kurtenbach, please visit our flower store.