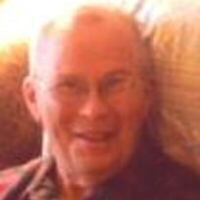 Donald Fred Horn, age 87 of Larchwood, Iowa, passed away Friday, December 11,2020 at the Minnesota Veteran’s Home in LuVerne, Minnesota, after a long battle with Parkinson’s.

Don and his twin brother Ron were born April 2,1933 on the family farm located on the Minnesota/Iowa state line to Harry and Laura (Polzin) Horn. He graduated from Larchwood High School in 1952 and was drafted by the Army in 1954, serving during the Korean War.

On April 11, 1955, he married Lorna Egebo at Our Savior’s Lutheran Church. Together the couple raised three children. Don lived most of his life on his farm that he loved outside of Larchwood, Iowa. A lifelong crop farmer, Don also raised livestock including cattle, hogs, sheep and chickens. Don’s life centered around farming, family and faith.

With his passion for farming, Don served his community as a member of the Larchwood elevator board, Production Credit Association, and was featured on the cover of the Wallace Farmer magazine. Don served as an usher, board member, and a faithful member of the United Church of Christ of Larchwood, Iowa where he was baptized and confirmed. He was an excellent baseball player, bowler, hunter, fisherman, truck driver and bus driver for West Lyon for many years.

Survivors include his wife, Lorna Horn of Larchwood, Iowa; children, Julie (Les) Granger of Woden, Iowa, Laurie (Brent) Hohman of Larchwood, Iowa, Eric Horn and Jamie Metcalf of Larchwood, Iowa; two grandchildren, Laura Granger of Creston, Iowa, Tyler (Stacey) Granger of Windsor Heights, Iowa and one great-granddaughter, Kennedy Granger; one brother, Ronald (Arla) Horn of Worthington, Minnesota and nephew Daniel (Monica) Horn of Adrian, Minnesota, cousin, Kenny (Nancy May) and one goddaughter, Melanie (Tony) Gallena of Alburtis, PA. He will dearly be missed by his sisters and brother-in laws, cousins, nieces, nephews and friends. He was preceded in death by his parents, Harry and Laura Horn, aunts and uncles, Leona (Jerry) May, Mabel (Otto) Seleden, his grandparents, John and Lizzie (Viereck) Horn and many dogs.

Due to the Covid-19 pandemic, the Horn family will be holding services on Memorial Day weekend in 2021.

To order memorial trees or send flowers to the family in memory of Donald Horn, please visit our flower store.