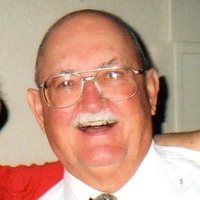 Donald was born on July 10, 1931 in Omaha, Nebraska, the son of Andrew and Margaret (Bartle) Cohoon. He graduated from high school in Omaha and attended college for two years.

Don worked as a milkman for four years. He then had a long career in tool and equipment sales, thirteen of those years with Grainger.

Don moved to Sioux Falls in the early 1980’s. He married Lois Haensel in 1985 at Spencer Park in Sioux Falls. They enjoyed wintering in Arizona. Don was an avid golfer. He like baseball and Vikings football. Don was very musical and sang with the Masonic Lodge Choir. He was also a member of the Shriners.

Don was 88 years old when he passed away at the Good Samaritan Village in Sioux Falls on April 5, 2020.

To order memorial trees or send flowers to the family in memory of Donald Cohoon, please visit our flower store.