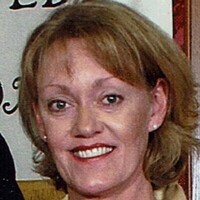 Diana was born on September 21, 1954 in Topeka, KS to Eileen Labbe and Marvin Boyd, Jr. She was raised by her mother and stepfather, Gordon Hansen.

Diana worked for Sanford Health in Sioux Falls, SD before retiring to travel south to Texas.

She married Steve Pederson on January 2, 2006; they later divorced but remained close friends and confidants up until her passing.

Diana was preceded in her death by her father, Marvin Boyd, Jr., her mother, Eileen Bonjour, and stepfather, Gordon Hansen.

Diana loved her children and grandchildren deeply. She loved to cook and had a passion for scrapbooking and enjoyed recording memories of her family.

A celebration of life will take place in Topeka, KS in the Spring of 2021.

To order memorial trees or send flowers to the family in memory of Diana Pederson, please visit our flower store.