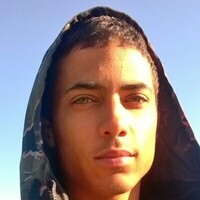 Devon was born to Vicky Cass and Dion Jones on October 2nd, 1994. In 2010, Devon met the love of his life, Dayna Braaten, when she gave him rides home after school. In 2014, Devon messaged Dayna after not seeing each other for a while, they hung out once and were inseparable ever since. They welcomed their son, Kainen, into the world in the beginning of 2016.

Devon loved so many, and was loved by so many more. He was the life of the party and always wanted to have a good time. With beautiful hazel eyes and a infectious smile, Devon would light up any room he was in. He enjoyed making others smile and laugh. Devon was always there to help out family and friends, saying no wasn’t something he did very often.
Devon loved spending time outdoors hunting, fishing, long boarding, and just enjoying nature in general. From a young age, he enjoyed playing video games and would beg anyone around him to play with him. Devon was never one to sit around the house, unless he was playing video games of course. He was always on the go, even if that meant just driving around and listening to music.

Family would like to thank staff at Avera Prince of Peace for the loving care that Devon received for the past 5 years.

To order memorial trees or send flowers to the family in memory of Devon Jones, please visit our flower store.