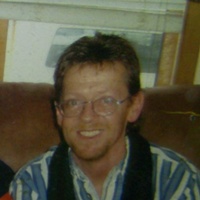 Dennis “Denny” Robb was born February 12, 1959 at Sioux Falls, South Dakota, the son of Wayne and Helen (Fehlhafer) Robb. He grew up in Sioux Falls and graduated from Washington High School. He then enlisted in the US Navy.

After his discharge from the US Navy, Denny went to college in Denver for graphic art and design. He then worked in the Denver area as a designer and sign painter. He moved back to Sioux Falls and continued working in the sign business.

Denny enjoyed the outdoors and camping at Lake Madison where he cruised around the lake on his pontoon. He also liked decorating outside his home for Christmas, both in December and “Christmas in July”.

He was preceded in death by his parents; a brother, Steven; and his grandparents.

To order memorial trees or send flowers to the family in memory of Dennis Robb, please visit our flower store.