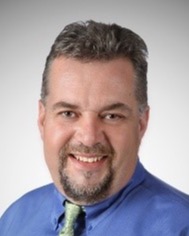 Dennis Robert Kenison was born on August 26, 1964 at Canton, South Dakota, the son of Robert and Donna (Fillback) Kenison. He graduated from Brandon High School in 1983 and attended Dakota State University.

Dennis served in the South Dakota Air National Guard for eight years. Dennis lived in Colorado before settling in the Twin Cities area. He worked for Excel Dental Studio(National Dentex) as the laboratory manager and was with the company for 33 years. He married Lori Nordby in 2002 where they raised 3 sons together.

Dennis and a great sense of humor and enjoyed playing practical jokes on family and friends. He was an outdoorsman and enjoyed hunting and fishing.

Dennis is preceded in death by his father, his infant son Joshua and a brother, Gaylon.

To order memorial trees or send flowers to the family in memory of Dennis Kenison, please visit our flower store.

Memorial service will start at 1:00 pm