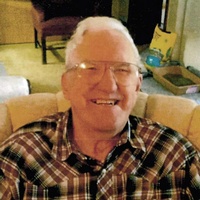 Delmar LeRoy Beckett, 83, was born July 17, 1935 at home on the farm in Harrold, SD to Roy and Ann Beckett.  He one of six with three sisters, Hazel (Paul) Mueller, Charlotte (Nick) Meyer, Vi (Cobbie) Magness and two brothers, Ron (Jr), and Doug (Charlene).

He attended school in Harrold, graduating from Harrold High School and then entered the US Army.  After returning from the Army in 1960, he married Cathy Hurd.  They were married for 35 years.  Delmar was a dedicated employee and a hard worker at whatever his position was.  He worked for his father on the farm in Harrold, at the Kennebec Grain Elevator and worked maintenance for Lyman County and other road crews.  He and his family also share fond memories of running the Twister and The Little Brown Jug in Kennebec.  He took great pride in being a Volunteer Fireman and was often the first one at the station when needed.

Delmar had always enjoyed horses and spent time at Calcutta’s with his children as they were growing up and loved attending car races and working on cars.

In 2000 he met his soulmate, Dorothy, and they were married in 2002.  They were married for 13 glorious years, enjoying dancing, playing cards and family time.  His time with all his family was treasured and certainly when he was happiest.  In their later years, he and Dorothy were under the loving care of Delmar’s step-daughter Pat.

To order memorial trees or send flowers to the family in memory of Delmar Beckett, please visit our flower store.