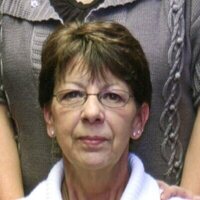 Debbie was born on November 20, 1957 in Cambridge, Minnesota, the daughter of Jerome and Jeanette (Hoffman) Bonsall. She grew up in Minnesota, Canada and South Dakota as her family moved frequently due to her father's job with a drilling company.

Debbie lived in Canada for a few years and then moved to Tea, South Dakota, and eventually, Sioux Falls. Debbie worked at Graco in Sioux Falls for several years until her health forced her to retire. She married Scott Durnil in 2014.

She loved to bake and was "famous" among her family and friends for the cookies she made for them. Debbie enjoyed crafts, puzzles and the companionship of her dog, Jezebel.

She is preceded in death by her parents; an aunt, Phyllis and an uncle, Buddy.

To order memorial trees or send flowers to the family in memory of Debbie Durnil, please visit our flower store.