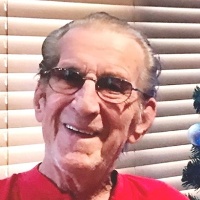 David was born on September 27, 1936 in Canton, South Dakota.  He grew up on the family farm near Klondike. He was the son of Thoralf and Florence (Juel). Dave had three siblings, Elmer, Teenie and Paul. Dave graduated from Canton High School and immediately began working for the United States Postal Service as a mail carrier.

Dave married Dona Siegfried and they were blessed with six children. Dave worked as a Federal Meat Inspector and his career took him to several different processing plants around the country. He worked in Sioux Falls, Minnesota, Wisconsin, Iowa and Colorado before finally returning to South Dakota. Dave then completed a thirty-nine year career at John Morrell and Company as a USDA Federal Meat Inspector. Dave enjoyed two weeks of retirement and found himself in need of something to do so he accepted a position as a delivery driver with Cross Country Courier Service.

Dave grew up on a farm it was there that he found his love for tinkering with anything with an engine and four wheels. Throughout his life, he always had a “special” project he was working on such as engine swaps/modifications (more power) to paint and body. He especially had a love for Buicks and his favorite was a 1967 Skylark he called “Casper”. This car is still in the family to this day. Dave enjoyed daily breakfast at the Rolling Pin Restaurant where he enjoyed conversation with staff, family and friends. Dave was a coffee connoisseur (pusher) he loved a dark, rich, bold cup of coffee and in his mind everyone else should too. We don’t know that he was ever seen without his travel mug of coffee in hand. Dave will fondly be remembered by the family for his quirky phrases and funny/sassy spirit. His response when asked how he was doing would be, “I’m finer than frogs hair!”

To order memorial trees or send flowers to the family in memory of David Volden, please visit our flower store.