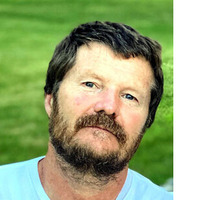 Family requests no flowers. Memorials may be directed to PO Box 123 Montrose, SD 57048

David William Sabers passed away unexpectedly on December 7, 2021.  He was born on August 11, 1961 to Don and Shirley Sabers.  He grew up in Salem, SD and graduated from Salem High School.  He worked at the family business- The Short Stop- for many years as a mechanic and operated the wrecker towing service there.  He was married to Juanita Gross on June 29, 1989.    They raised four children: Jennifer, Jason, Aaron, and Angela.  Most recently, he worked for Sturdevant’s Auto Parts in Salem, SD as an Automotive Parts & Accessory Sales Person.

He enjoyed deer hunting with his brothers.  He loved to ride his Harley with his wife Juanita.  He and Juanita also spent many nights on the dance floor together.  They had great fun decorating the outside of their home in Montrose, SD for Halloween and Christmas.  He also installed an antique lighted gas pump next to an old car by their garage.  He and Juanita enjoyed taking the old Lincoln out for a drive.  He was always willing to repair cars for family and friends.  He and Juanita loved to spend time with their children and grandchildren.  Fireworks with the grandkids were always a highlight for him.

To order memorial trees or send flowers to the family in memory of David Sabers, please visit our flower store.