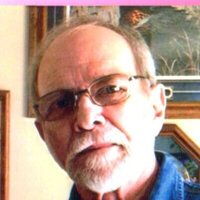 Darrell Eugene Reyelts, son of Ruby Jeanette Walker and Albert Reyelts, was born February 5, 1943 in Sioux Falls, Sd. He served in the US Army as a Medic.

After his discharge from the Army, Darrell met LaVonne Anderson and they were married on May 15, 1965 in Sioux Falls. Darrell was employed as a Physician Assistant for a few years. Darrell moved into the sales field and worked at Sears for over 30 years before he retired in 2009.

Darrell was an avid hunter and fisherman before his health declined and he was forced to give them up. He was a member of the V.F.W., Ducks Unlimited and the Ringneck Brittany’s Club. He loved all of his dogs but his favorite was a yorkie named Odie. Darrell loved to cook and was a great chef.

Darrell was preceded in death by his parents, a brother, Lawrence and sisters, Dorothy and Donna.

To order memorial trees or send flowers to the family in memory of Darrell Reyelts, please visit our flower store.