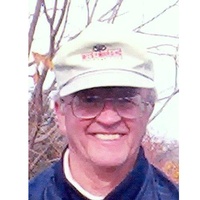 Darrell Barber Autio was born October 12, 1933 in Lead, South Dakota. His parents were Andrew and Arline Autio and he was raised in Lead, SD.  Darrell attended grade and high school in Lead, graduating in 1951. He was a graduate of Black Hills State University with a BS Degree in Business Administration & Economics. Darrell married Doris Halvorson on August 24, 1956. He had a 45-year career in the insurance industry, mostly in property/casualty claims, and retired in 2004. He was a Veteran of the US Army, Signal Corps. Darrell was 85 years old when he passed away on May 15, 2019 in Sioux Falls.

Darrel enjoyed a wide variety of activities; boating/water skiing, snowmobiling, golf, playing cards, You might say, come summer, Darrell lived as much as possible on the Elmwood Golf Course. He was what you call a 9-holer, walking with his cart, playing with others or alone. In 2018, he carded 100 – 9 hole rounds. Darrell has 1 hole-in-one which occurred on July 26, 2014.

While living in Cottage Grove, Darrell served on the Thrivent Board & enjoyed volunteering at his Church, St. Luke Lutheran, Loves & Fishes, Armed Forces Service Center at the Minneapolis/St. Paul Int’l Airport, Feed My Starving Children & Habitat for Humanity. In Sioux Falls, Darrell was an active volunteer at his church, Peace Lutheran; Kids Against Hunger; First Tee; and a member of the Honor Guard with the American Legion; Active Generations doing Meals On Wheels, Workers On Wheels; and serving at the Banquet.

Darrell & Doris enjoyed many years of travel after retirement and spending part of Winter, 6 to 8 weeks each year in either Florida, Texas, Arizona or California. They also enjoyed snowmobiling in MN & SD, snow skiing, skiing in MN, MI, WI, SD, WY, CA, NV, ID & CO. They skied for 26 years out west with a group of family and friends and had many fond memories of those trips. Darrell liked Nastar Ski races and he earned 3 Gold, 4 Silver, 3 Bronze medals, and dislocated his shoulders three time in his racing career.

Darrell is survived by his wife Doris; two daughters, Dee Ann (Larry) and Doreen (Bob); grandchildren Laena, Andreas, Sarah, Logan (Brianna); great  grandchildren, Lily, Rosemary, Jackson; and many family members on both sides. He is preceded in death by his father, A.W Autio, Sr.; his mother, Arline L. Autio; and brothers, Bill and Clyde, and their wives, Sheila and Jean; and a nephew, Fred Autio.

To order memorial trees or send flowers to the family in memory of Darrell Autio, please visit our flower store.