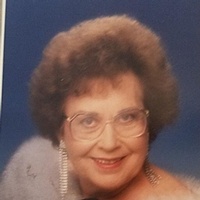 She was born January 13, 1923 on the Minor homestead 2 1/2 miles west of Canton S.D. as was her mother. Her parents were Everett Keith and Mable(Minor) Keith. Both sides of Darleen's family were Pioneer Homesteaders. After graduating from school, she worked as a telephone operator and at Alcoa and later returned to Northwestern Bell.

Darleen married Alvin Homandberg on June 11th while he was on military leave. They farmed near Inwood, Iowa and also operated Jaalda Dog and Cat Kennels. There wasn't much Darleen couldn't do. She sewed her families clothing and canned her own produce. She taught herself the Norwegian arts of rosemaling and hardanger. Darleen loved crafting, square dancing, playing cards, bingo and traveling. She toured Norway twice and visited over 20 countries. She also climbed Pikes Peak.

She was a charter member of the Sons of Norway and a Millennial and Genealogy member. She was in the VFW Auxiliary, Ladies Aide, Moose Lodge and Active Generations. Darleen lived life to the the fullest and inspired many along the way. Those that knew her are proud to have shared her journey.

A celebration of her life will be held this summer. Memorials can be directed to Ava's House.

To order memorial trees or send flowers to the family in memory of Darleen Homandberg, please visit our flower store.