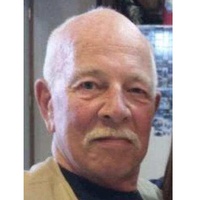 Daniel was born on July 15, 1950 at Pipestone, Minnesota, the son of Gordon and Betty (Jansma) Paulson.  Dan grew up at Jasper, Minnesota and was a graduate of Jasper High School. He then attended Pipestone Vo-Tech for carpentry.

Dan married Diane DeSchepper in 1972 and they lived in Jasper where they raised two sons, Jeremy and Nick. Dan worked at Bayliner for a few years. His carpentry work took him all over southwest Minnesota and eastern South Dakota. In 2006, Dan and Diane moved to Sioux Falls and Dan worked for Jim Daniels Construction. From 2010-2014, he worked in Texas and Florida when he was camping.

In his spare time, Dan enjoyed fishing, car racing with the Davis family and was always interested in airplanes.

Dan passed away on June 29, 2018 at the Sanford USD Medical Center, Sioux Falls.

Grateful for having shared in his life is his wife, Diane; two sons, Jeremy and Nick (Lindsay); six grandchildren, Mariah, Teagan, Nevaeh, Addyson, Hunter and Oakley; two siblings, Mark (Linda) Paulson of Wadena, Mn., and Eileen (Bob) Lage of St. Cloud, Mn. He is preceded in death by his parents; and a sister and brother-in-law, Marcia and Gary.

To order memorial trees or send flowers to the family in memory of Daniel Paulson, please visit our flower store.