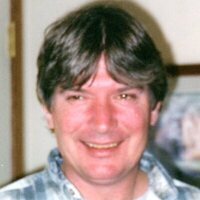 Daniel Oren Newman was born on June 4, 1959 to Melvin and Lenora (Van Steenwyk) Newman in Sioux Falls. He grew up in Sioux Falls and graduated from Washington High School in 1978. Dan attended Western Dakota Tech in Spearfish, South Dakota and graduated in 1981.

He worked in Sioux Falls as a finish carpenter and cabinet maker. If you remember the Hot Stuff Pizza kiosks, Dan and his employees made everyone of those units. He worked for various construction companies: Golden Rule, Hopper Cabinets, Sanford Health and Avera Health groups, and most recently with John Byre Construction. Dan was very skilled and earned the title of Master Cabinet Maker.

Dan loved hunting and fishing with his brothers and friends. He was known to tip a beer or two.

There are no gallery images.

To order memorial trees or send flowers to the family in memory of Daniel Newman, please visit our flower store.