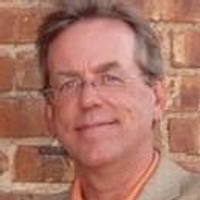 Daniel Keith Iseminger, 56, died peacefully on Wednesday, November 21, at Sanford Hospital. His loving daughter, Veronica, was at his side.

Dan was born on April 29, 1962, to Leroy and Orpha (Hushagen) Iseminger. He graduated from Tri-Valley High School in Lyons, SD, and received a Bachelor of Arts Degree in Public Communication from Augustana College. Dan traveled the world and lived life to the fullest. He made a lasting impression on everyone he met. Dan lived the majority of his life in South Dakota and contributed his creativity and intellect to an eclectic career that spanned sales, marketing and politics.

His 14 year old daughter, Veronica, and her sister Sophie, gave his life meaning, purpose, and fulfillment. He is survived by his brothers, Les and Monica (Coats) Iseminger of Canton, SD; Mark and Joyce (Strand) Iseminger of Farmington, MN; Steve and Kari (Hendrix) Iseminger of Savage, MN; his two sisters, Kristin Corey of Vacaville, CA and Camilla Horne, of Nottingham, PA along with several nieces, nephews, cousins, aunts, uncles, and friends.