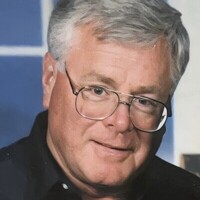 He went on to work at John Morrell’s in 1961 and stayed there until his retirement in 2007.
Dale married Linda Lottman of Dell Rapids, SD in 1972. Throughout their marriage, they owned and operated Tracy’s Corner in Larchwood, IA, and enjoyed their time at Lake Madison, SD, before finally settling in Sioux Falls.

As Dale requested, no formal service will be held

To order memorial trees or send flowers to the family in memory of Dale Tracy, please visit our flower store.