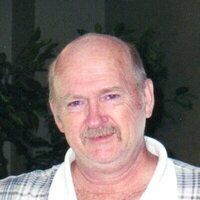 Dale R. Oren, 75, passed away June 8, 2021 at Avera McKennan Hospital surrounded by those he loved and who loved him dearly. Dale met his Lord and Savior that afternoon and heard, “Well done, good and faithful servant.” A Celebration of Dale’s Life will be held on Friday, June 11th at 10:00am at The Point is to Serve Church in Sioux Falls. Interment will take place at a later date at the South Dakota Veterans Cemetery.

Dale was born on September 3rd, 1945 in Sioux Falls, SD. He grew up in Sioux Falls and graduated from Washington High School in 1964. Dale joined the United States Army in 1964 and was stationed in Ft. Polk, Louisiana and Berlin, Germany. He was a passionate patriot who loved his country and proudly served. Dale was a member of Warriors Hope and the American Legion. He enjoyed participating in the American Legion Honor Guard honoring his fellow veterans at funerals.

Dale married Pat on December 29th, 1967. Dale worked many years in the construction trade as a drywall installer and finisher. He eventually went to STI and graduated with a degree in Computer Science. He then spent the remainder of his career working in the IT field.

Dale enjoyed life! He especially loved spending time on the softball diamond, at the golf course, and the bowling alley. He was an amazing athlete who won many trophies, awards, and tournaments throughout his life. One of his most proud accomplishments was the year he had both a hole in one and bowled a 300 game. He also enjoyed time on the water in his boat with a fishing rod in his hand. Family time included a lot of cards and laughter. Many of our most cherished memories are of time spent with Dale doing these activities that brought him joy.

Dale’s faith was very important to him. He loved the Lord and had a close relationship with Jesus. He spent many hours volunteering his time at church with youth and adults and also in the community serving others. During the peak of COVID, Dale volunteered with Corona Help Sioux Falls delivering food to families in need. Dale will be remembered as a kind, compassionate man with a big heart who always loved helping others.

To order memorial trees or send flowers to the family in memory of Dale Oren, please visit our flower store.