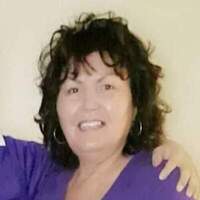 Cynthia was born on May 25, 1961 in North Dakota, the daughter of Jude Decoteau and Irene Lafontaine. She was raised in Fargo and Sioux Falls and had a large extended family that she grew up with. Cynthia married Randy Schmidt and they lived in Flandreau. Cynthia also lived in Fargo for a number of years.

She enjoyed organizing family gatherings, traveling, cooking, celebrating the holidays and was always up having a “good time”. She liked dancing and listened to a wide variety of music.

She is preceded in death by her father, Jude; step-father, Larry Martin; grandmother, Edna Lafontaine; two grandsons, Tyler and Ryder; and several cousins, aunts and uncles.

To order memorial trees or send flowers to the family in memory of Cynthia Schmidt, please visit our flower store.