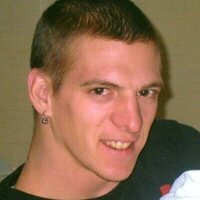 Christopher was born on July 30, 1983 to Lynn and Donna Johnson in Watertown. Chris received his GED in April of 2007.

Chris loved working outdoors and enjoyed all kinds of jobs. He loved his son, Logan, and his dogs. Chris also enjoyed going camping with grandpa and grandma Goble when he was younger.

Chris is preceded in death by his father, Lynn Johnson on Jan. 24, 2021; and uncle, Gary Goble; an aunt, Kim Anderson; and grandpa, Mervin Johnson.

A memorial service will be held at a later date.

To order memorial trees or send flowers to the family in memory of Christopher Alan Johnson, please visit our flower store.