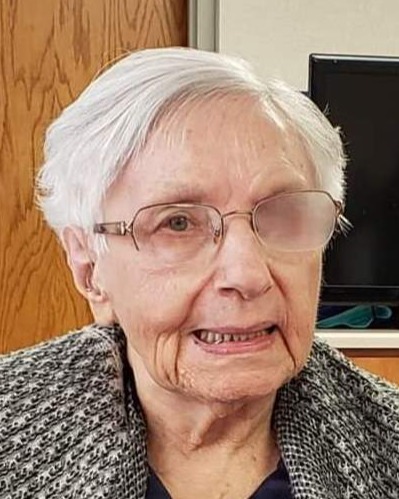 Charlotte was born on February 19, 1930 at Hartford, South Dakota, the daughter of Francis and Clover (Simcox) Aldrich. She grew up at Hartford and attended Hartford High School. As a young lady, she worked as a nannie and housekeeper.

Charlotte married Vernon Knisley on August 28, 1954 in Luverne, Minnesota. They lived in Sioux Falls where they raised two children, Lisa and Mike. Charlotte was a homemaker most of her life. When Vernon retired, she went to work in the housekeeping department at McKennan Hospital and then at the Best Western Hotel.

Charlotte was a member of the First Christian Church in Sioux Falls for over 70 years. She and Vernon enjoyed going dancing at the Moose Lodge and traveling to visit family. Charlotte liked growing plants in her home and tending to the annual flowers in her yard. She collected owls and enjoyed watching her soap operas on tv. Her greatest joy was spending time with her grand children

Charlotte passed away on November 22, 2022 at the Good Samaritan Luther Manor in Sioux Falls.

She is survived by her children, Lisa (Jeff) DeSchepper and Mike (Trinch) Knisley; six grandchildren, Jason, Andy, Seth, Chris, Samantha and Alison; nine great grandchildren; and a half-sister, Cathy Flyger of Hurley, SD. Charlotte is preceded in death by her parents; husband, Vernon in 2007; and two siblings, Marcene and Eldon.

To order memorial trees or send flowers to the family in memory of Charlotte Knisley, please visit our flower store.