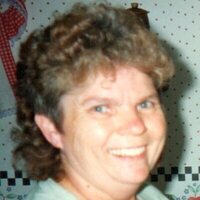 Charlene Marie Wright was born in Yankton SD on April 17, 1942 to Ida & Raymond Halverson.  She passed away Friday, February 5, 2021 at Ava’s Hospice House due to complications of Alzheimer’s.

Charlene married Verlyn Kropp in Humboldt in 1960.  While living in Humboldt she worked at the local hardware store & the local café.

In 1982 she moved to Sioux Falls and in October 1987 she married George Wright. During that time she began working at Morrells, and worked there 30 years until she retired in 2010.  During those years she also worked part time at the SF Arena and at the North Truck Stop.

Charlene had a passion for cooking and was never scared to just throw something together, which sometimes turned out to be the best meal.  She also was gifted with the ability to reupholster furniture, sew, decorate cakes, and make flower arrangements.  She started a business, Weddings the Wright Way, and made hundreds of wedding cakes, all the wedding flowers, and even times the bride’s gown, including both of her daughter’s wedding gowns. She never passed a rummage sale and had many treasures to prove that.  With her big heart she never hesitated to help a child in need or a stray animal. She was a dog lover and was never without a dog and many times 2.

She is survived by her husband, George, her children, Charyl (Lance) Peifer, St Paul MN, Glenda, Randy, and Virgil, all of Sioux Falls.  10 Grandchildren,16 Great Grandchildren, 1 sister, and 3 brothers.

Per her request there will be no services

To order memorial trees or send flowers to the family in memory of Charlene Wright, please visit our flower store.