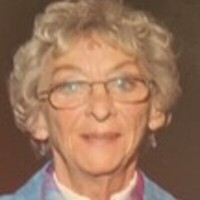 Carole Pagones, 81, passed away on Saturday, May 29, 2021. She was the youngest of two daughters and a brother, born to Carl Bernard and Angela Elizabeth Gilbertson (O’Connor) on April 27, 1940, in Watertown, S.D.

Carole’s ambition earned her three Masters degrees including an M.B.A., M.A., M.P.A. and 70 hours of law school training. Her lifelong commitment to education continued at Washington High School where she was a debate and English teacher. Her love of education later led her to Arkansas where she took her law courses, wrote and secured HHS funding to start 42 Head Start centers for continued early childhood education. One of her most poignant memories was her political activism in marching across the Selma Bridge in 1965 with National Civil Rights leaders and she spent time in jail with other demonstrators. Her interest in voter education and race disparities led to volunteering to register African American voters. Her early experiences led to a lifetime of political activism that included helping to form the Minnehaha County Women’s Political Caucus in the early 1980’s. She was the Associate Director at Colleges of Mid-America from 1979 to 1983.

From 1983 to 1989, she relocated to Minnesota and served as the Director of Research for the Minnesota House of Representatives, managing attorneys and research analysts.

Her connections to South Dakota friends and family lead her to consider relocating from Minneapolis to Sioux Falls. In 1989, Carole was recruited to return to Sioux Falls and to serve as the Executive Director of Main Street and lead the revitalization of downtown Sioux Falls. In a 2014 Argus Leader interview, Carole stated that the downtown vacancy rate was nearly 70 percent and loitering was a problem but she remained optimistic with a clear vision for revitalizing today’s central Sioux Falls attraction.

Carole initiated numerous successful events including the Crazy Days, Hot Summer Nights, Customer Appreciation Days, Parade of Lights, and Christmas Downtown. Former Mayor Dave Munson said, “The Parade of Lights was a big deal. It got to be something that just grew and she had such a relationship with the retailers and the business owners’ downtown. Many of them remained long-term friends. She had that personality that makes you believe you could get things done.” Carole was the longest-serving leader of the downtown Sioux Falls organization

Later she served a decade on the South Dakota Board of Regents, continuing her long term commitment to education.

She loved hosting her “Christmas House”, “Halloween House” and scavenger hunts for families and friends. She decorated her home from top to bottom. She invited everyone to stop by her home to tour the Christmas and Halloween decorations. She enjoyed seeing the children’s eyes sparkle as the figurines laughed and danced.

Carole worked with the Humane Society, Rosey Quinn and Second Chance Rescue. Her love of animals was passed on from her father who would take in orphaned or injured wild animals. She provided a loving home for several German Shepherds throughout her life and would run with them in her younger years.

Carole also had a love of plants and flowers and all one had to do was to drive by her home or step onto her deck, in the summer, to enjoy her gardening.

She was preceded in death by her parents, brother Robert Gilbertson, and niece Tracy Gilbertson. Carole is survived by her elder sister, Mary Angela Larson and nephews Scott (Lisa) Larson in Excelsior, MN, Steve Larson in Huron, SD and niece Angela (Craig) Beckett-Larson in Eccles, England and three great nephews and one great niece.

Her niece Angela stated “I always called Carole my second Mom because she was always there for me and I loved her laugh, sense of occasion and family, confidence, and strength. Carole was her first art patron and they both loved the Renaissance period, Harry Potter and critters.

Nephew Steve shared, “Aunt Carole was the coolest aunt ever. Back in the 60s as a little boy I delighted in awe to see her drive up in a gun metal gray 66 T-Bird with red leather interior and electric roofed convertible with her shades and scarf wrapped around her head, just like out of a commercial or magazine ad.”

Nephew Scott shared, “I remember sitting in Carole’s MG convertible with the top down heading to Lake Kampeska in South Dakota for the day. All three of us kids were tied down in the cubby behind the two front seats. One time, on the last day of a return trip from Arkansas with all 5 of us traveling back to South Dakota, I remember them pooling their funds so we could stop at a drive through for hamburgers and fries!”

She will be remembered most for her enduring friendship that she shared with so many. Her friends were young and old, conservative and liberal, man and woman. She had the innate ability to make all of us feel as if we were the most special person in the world. One friend stated Carole always, exhibited character, courage and commitment, and kindness.

Carole set an example for all of us by striving to lead, encouraging others to laugh more, and show our love and commitment to others.

A Celebration of Life will be announced at a future date. In Lieu of flowers, memorials may be director to the Sioux Falls Humane Society

To order memorial trees or send flowers to the family in memory of Carole Pagones, please visit our flower store.