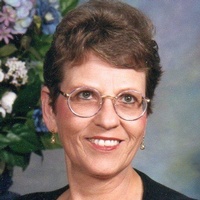 Carol passed away Sept. 24, 2018 at the Avera Heart Hospital. Visitation will be Friday 3-7 pm with family present after 4:30 pm. A vigil service will be held at 6:30 pm. Funeral mass will begin at 9:00 am Saturday at St. Michael Catholic Church. Burial will be at Hills of Rest.

Carol was born on June 22, 1949 in Chamberlain, South Dakota, the daughter of Ralph and Carol (Hickey) Kenobbie. She grew up west of Sioux Falls and graduated from Hartford High School.
Carol entered the Women’s Army Corps in 1969 and served in Germany. She was honorably discharged in 1970. Carol briefly lived in Georgia and Pennsylvania before moving to Sioux Falls in 1974. She worked at CCL Label for many years until she retired at age 62.
Carol was a volunteer at St. Michael Church for several years. She was an avid reader, enjoyed baking and watching Western movies and tv shows. Carol often went out to lunch with her sister, Joann, and met her daughter-in-law, Marian, for coffee every week. Carol loved to laugh and those around her quickly joined in. She cherished her pets, especially her dog, Buddy.
Carol was 69 years old when she passed away on September 24, 2018 at the Avera Heart Hospital in Sioux Falls.
Carol is survived by her son, Robert (Marian) Rogan; five grandchildren, Damian Rogan, Quenton Rogan, Lacey Rogan, George Stish and Anthony Stish; sister, Joann (Bob) Nelson of Yankton; a brother, Dennis (Rita) Kenobbie of Platte. She was preceded in death by her parents.
To order memorial trees or send flowers to the family in memory of Carol Rogan, please visit our flower store.