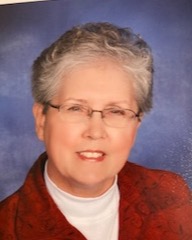 Barbara Rose Rueb Young was born in Avon, SD on November 7, 1947 to Harven and Florance Rueb. Barbara grew up on a farm near Tyndall, SD. She graduated from Tyndall High School in 1966 and attended USDS in Springfield. She married the love of her life, Doyle Young, on June 30, 1968 in Tyndall, SD. She was blessed with three children, Darin, Cassandra and Dorisa. They moved to Burke, SD where she worked at Missouri Valley Insurance and later moved to Gregory, SD where she worked at the Gregory Hospital.

Barbara’s passions were faith, family, and music. She was a devoted member to every church she attended. She enjoyed playing the piano, teaching Sunday school, and leading a girls youth group. Barbara also loved spending time with family, especially her grandchildren. She liked to attend as many sporting and school events as possible and was often seen on the sidelines, bundled up in layers of blankets.

Barbara was known for her strong will and determination. She was diagnosed with multiple sclerosis in 1977, but it didn’t stop her from living her life. She was known for raking leaves or chipping ice from her wheelchair and cleaning the gutters with a grabber. She did not view her wheelchair as a challenge, but as freedom. She always had a positive attitude and never complained about the obstacles she faced.

Service can be viewed on youtube at Brandon Valley Baptist Church. Will be live at service time. Recorded music may be silenced.

To order memorial trees or send flowers to the family in memory of Barbara Young, please visit our flower store.