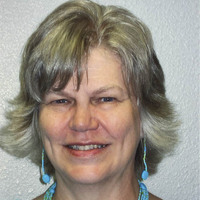 Ardis was born on May 3, 1946 in Madison, Sd. to Albert and Velma (Horsten) Klamm. She grew up in Madison and graduated from Madison High School.

Ardis married Jerry Wilde in 1964 and they live in Madison for a short time and then moved to Brookings.  Ardis enrolled at DSU and earned a teaching degree. She worked as a teacher at several schools in the Madison area.

Ardis was 75 years old when she passed away at Ava’s House in Sioux Falls.

Ardis is preceded in death by her parents, a sister, Shirley Frazier, a grandson, Noah, and a niece, Terry Mages.

To order memorial trees or send flowers to the family in memory of Ardis Wilde, please visit our flower store.