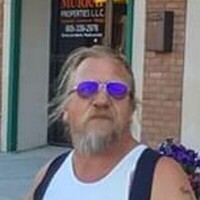 Tony Schafer passed away at home January 10, 2021 after a hard battle with Acute Myeloid Luekemia.

Anthony Ralph Schafer was born in St Cloud, MN to Ralph and Margaret Peg (Neis) Schafer on June 28, 1964. He married Linda Tholund on January 22, 1994 and renewed their vows 10 years later.

He was a proud husband, father, grandpa, and great grandpa. He spent his summers motorcycling and winters ice fishing. He loved to help the disabled and grew a large garden often giving fresh produce to those in need. He was always there to lend a helping hand.

To order memorial trees or send flowers to the family in memory of Anthony Ralph Schafer, please visit our flower store.