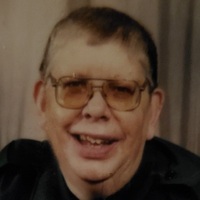 Allan E. Larson, 72, of Sioux Falls passed away on Sunday, March 7th at Bethesda Nursing Home in Beresford, SD with family by his side. Visitation will be 1:00 PM March 10, 2021 at Chapel Hill Funeral Home in Sioux Falls. Funeral services will immediately follow visitation at 2:00PM. In lieu of flowers, memorials may be directed to the family for future designation to Lifescape.

Allan was born on June 22, 1948 in Sioux Falls, SD to Lois (VanSteenbergh) Larson and Charles E. Larson. Allan was the proud big brother to his younger sisters. Allan received his education at Hollister School graduating in 1969. The next 30 years were spent learning job skills at Sioux Vocational, which is now Lifescape. He enjoyed many hobbies including weaving hats and scarfs, latch hook rugs, coin collecting, stringing beads, and listening to Twins baseball. His proudest achievement was rising to the rank of Eagle Scout with Troop 148 at age 54. Allan was very social and made many friends throughout his life. His last two years were spent at Bethesda of Beresford where he received the best care from a very compassionate staff. Allan’s constant companion was his little toy dog, Fido. If you knew Allan, you knew Fido! When Allan couldn’t find the words, Fido was always there to help.

Allan will be forever missed by those of us who were lucky enough to have him touch our hearts.

To order memorial trees or send flowers to the family in memory of Allan Larson, please visit our flower store.