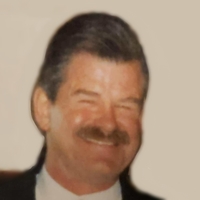 On February 21,2020 Alan Gene Fodness was called home to our Lord and Savior from a heart attack at Sanford Heart Hospital.
Services are pending.

On May 24, 1957 Alan Gene Fodness was born to Andrew Charles & Beverly Jean (Boterman) Fodness. Alan grew up
in Montrose on the family farm. He served in the Army National Guard for 6 years and worked at Bayliner Marine, John Morrells & Tiger Corp. He loved telling jokes, helping others, a good drink & a dance. He had a heart of gold and would help anyone even if it meant literally giving the shirt off his back. Whenever asked what his greatest accomplishments were, he always said it was his kids.

Alan is survived by his children, Devin Fodness and Nichole Galbavy, his siblings, Andrew (Tracy) Fodness, Juanita (Dave) Sabers, Mary (Ed) Painter, grandchildren, Chantalle, Sunshine and Mckenna, as well as many other family members including nieces, nephews, cousins and friends he considered family. He is preceded in death by his parents.

Interment of cremated remains will tale place at a later date in the West Prairie Lutheran Cemetery, Lennox.

To order memorial trees or send flowers to the family in memory of Alan Fodness, please visit our flower store.